Cocooning with Michael, one of our compositors

Home > General  > Cocooning with Michael, one of our compositors 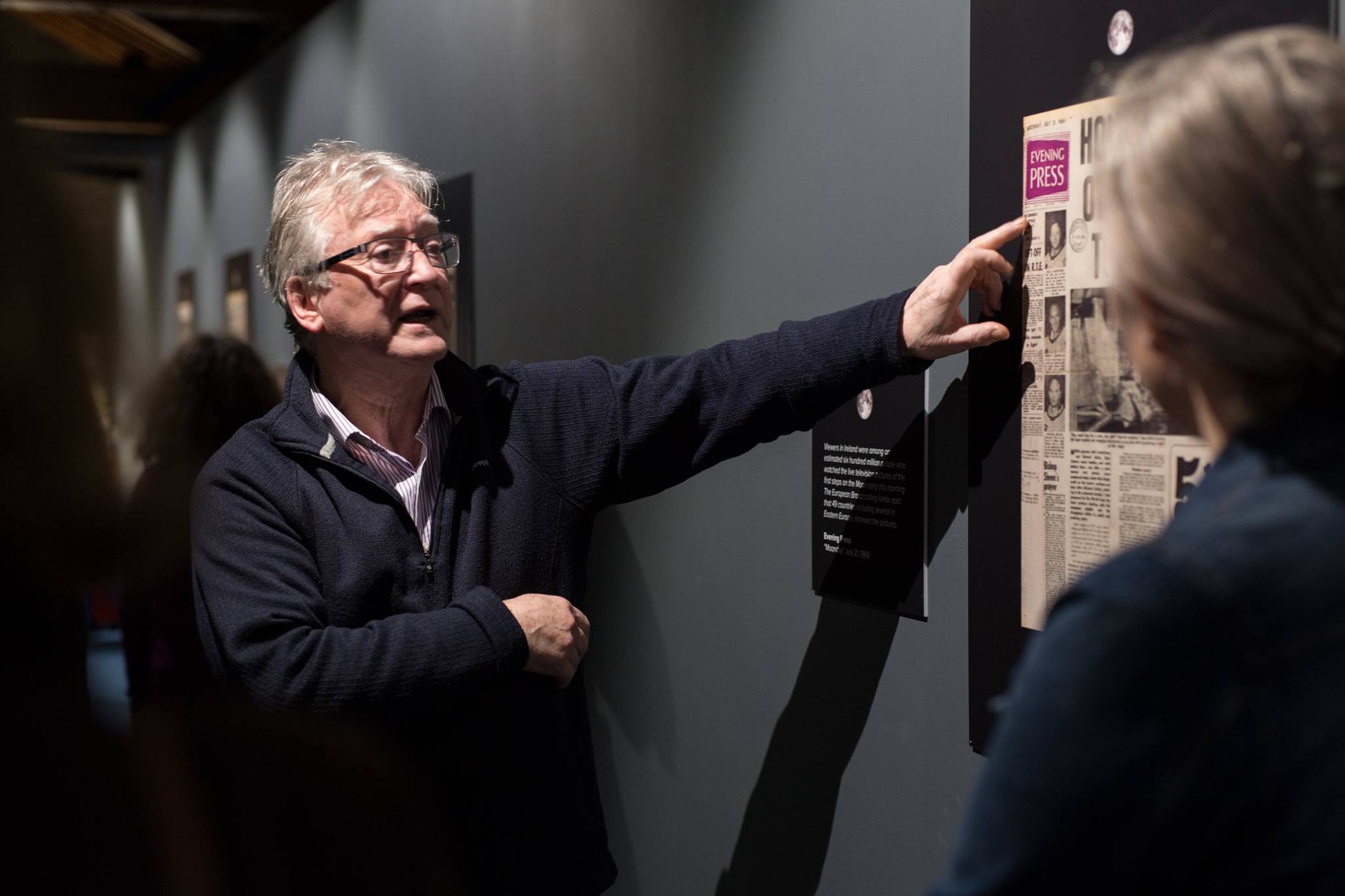 29 May Cocooning with Michael, one of our compositors

Posted at 11:39h in General, News from the Museum by Web Admin

Cocooning – a way of life, or the end of days?

Every day slides into each other.

Planning your dinner is the highlight of the day. Do I have starters? Are two potatoes enough or do I fancy three or four? Is it enough to have one other vegetable, preferably a green of some sort? Is dessert permissible? Will I turn into the Incredible Bulk?

Some things don’t change. Before cocooning I slept late – I am an inveterate reader and sometimes find myself stuck into a book at two or even three in the morning. Add eight hours onto that and it means I need to get up at ten o’clock or eleven. If I wake up earlier I sometimes pick up the book for an hour or so before slipping out from under the warm duvet.

I try to keep up some semblance of a system. I shower and shave every day. The temptation is to let it slide – after all, who is going to see me? But my gut tells me that if it slips even a little bit I will end up in squalor. I’m not the tidiest of people and I hate housework, but standards must be kept.

Downstairs, the breakfast or brunch is made. Sometimes porridge, with fruit added. Sometimes an egg or two boiled, with a couple of slices of buttered soda bread. And all washed down with a mug of tea. Now I’m ready to face the day.

Emails are tackled – spam dumped, important missives seen to, bills paid, complaints pushed to the front. Phone calls then, to close friends, to my son, who has been my guardian angel, to acquaintances. Then I bring to mind old friends I haven’t been in contact for a long time – I ring them and chat about times past and invariably end up with “we must meet for coffee when this is all over”. But the link is renewed, even if they never ring back.

I take calls. My son rings or texts every day to see if I need anything. At this stage I’m entering local shops cautiously with only two or three others in the shops and picking up bread and milk and sometimes a little treat. A friend rings – he rings every other day – to inquire after my welfare. He has a wife and I’m alone, so he is considerate of my situation, especially during the pandemic.

I put on a wash every other day. I’ve never been so far ahead of my domestic chores – and it’s just to get them out of the way.

I deal with the What’sApp groups, the Printers who send me outrageous jokes and cartoons, not politically correct in any way, but of our generation and meaning no harm. I follow the National Print Museum on Facebook and share it as much as possible. I also join in with a journalist’s group called the XPressers, which consists of former staff of the Irish Press – a great well to go to for memories and photos. I’m with a DCU group that chats constantly and cheers everybody up; another group, much smaller, asks after each other’s welfare, and gives a bit of banter.

Once a week I go on Zoom with a choir that I joined in DCU. It’s only a half-hour but it is exhilarating and great fun. We perform vocal exercises, we physically warm up and then we sing songs like Que Sera Sera, Close to You, Down in the Salley Gardens and Shenandoah. We see into the inside of all our houses but we don’t care – it’s a different time now.

Now that the over 70s can venture out for exercise, all within 5km of course, I’ve enjoyed Albert College Park, the pleasures of walking by the Tolka River, meandering along the banks of the Royal Canal, and the openness of Phoenix Park. I cherish the beautiful amenities we have in our lovely city.

I get angry. When walking I feel that I have donned a cloak of invisibility when the younger people don’t make an attempt to move aside to make room for a social distancing space between us. I rail in my mind at the parents who don’t keep their children under control, and yet I rationalise that they are having a tougher time than me with the home schooling and the 24-hour demands and the budgetary constraints.

I get angry at joggers and runners and cyclists who either have no conception of spatial distance or who don’t care. The joggers and runners steam up behind you and pass you by with inches to spare, not even aware of the clouds of sweat and perspiration emanating from their bodies. They too have the doubtful gift of blindness for people of my generation. Hopefully they are not instrumental in passing on the virus.

I get annoyed at those who sit or stop beside an entrance and think they are keeping a safe distance, yet leaving little room for anyone to pass by. The other day a man with a dog and a phone blocked the Ashbourne gate entrance to the park and didn’t move until his wife reminded him that I was standing there.

But there are kindnesses in abundance. Neighbours I haven’t seen except behind the wheel of their car are walking by my house now and pausing to talk. Mothers are sweeping their children up into their arms while passing and apologising for the children’s natural exuberance. Lots of phone calls are coming in from relations and friends happy to talk but also volunteering to pick up my shopping. Lots of texts inquiring about my wellbeing.

The groundswell of goodness and good-deed doing shows no signs of stopping, a bulwark against the ignorance and stupidity of politicians and spin doctors in many countries who place economic wellbeing in front of the health of the ordinary people.