Seditious Types, Legacy of the Printers of 1916 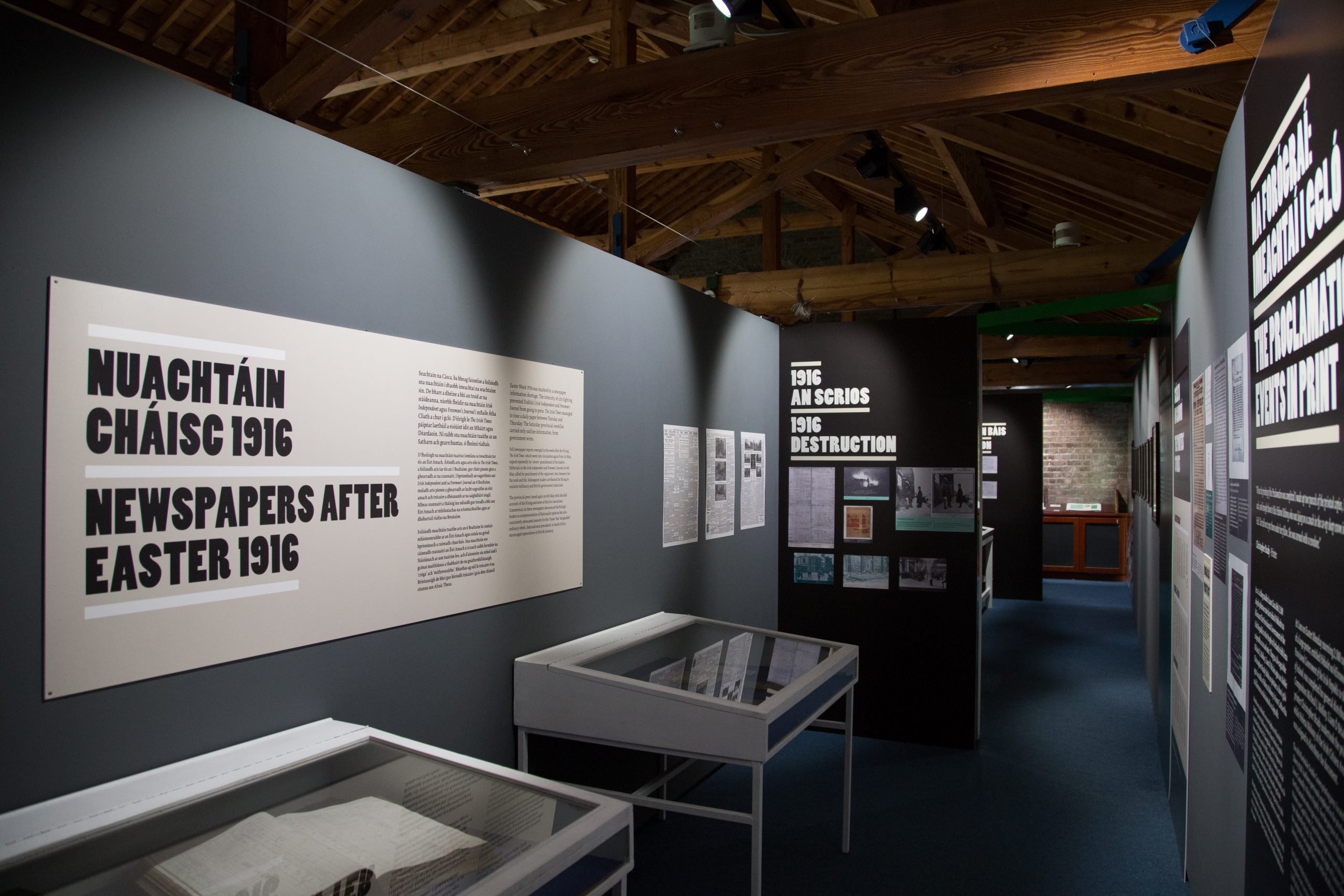 10 May Seditious Types, Legacy of the Printers of 1916

Posted at 11:24h in Temporary Exhibition Archive by Web Admin

The growth of the print industry in Ireland from the 17th century onwards was linked to political and administrative change. Print forms spanned all social spheres including academic works, luxury accessories and administrative stationary. In 1916, printers transformed the words of artists, activities, politicians and industrialists into works of permanent ink which survive today. In 1916, the printed word was the dominant means of communication. Print had a prolific presence, with broadsheets, newspapers, posters, fliers, handbills and postcards evident on every street corner. Print forms were divided into stationary, advertisements, popular media newspapers, journals, books and academic publications. The press industry was thriving in Dublin, meeting the demands of the growing middle and upper classes. The majority of printed content included advertising of social events and key political issues such as the recruitment drive for the first World War, the domestic issue of Home Rule and socialist post 1913 Lockout activists such as the Suffragette movement. Against this backdrop the print industry was producing large amounts of material for nationalist and unionist organizations. The ever growing militaristic tone of these organizations is evident in the text, illustration and branding of the surviving print. Newspapers and journals played a key role in the distribution of political feeling in 1916. From the outbreak of the first World War, the Dublin Castle administration closely monitored all printed works and employed the Defence of the Realm Act to suppress any which were seen to incite sedition or discontent within the lawful authority.

Politics and the print industry had a complex relationship in 1916 Ireland. As a commercial sector the print industry produced vast amounts of stationary and advertising for the main political parties and the British administration. This often resulted in material from varying political points of view being produced in the same printing shops. However, a number of print shops were associated with the Gaelic League and the nationalist literary movement. This group of printers actively published works which would not have been printed by the mainstream printers of the time, including works by Yeats, Synge and O’Casey. In recognition of the power of print to inform and win public opinion, a nationalist print counter-culture existed in the form of journals, pamphlets and books. This ‘mosquito press’ circulated mainly in Dublin among radical political activists. In the case of the more seditious groups and individuals, small printing presses were often established in secret locations. By 1916 many of the key political activists were printers, compositors and editors.