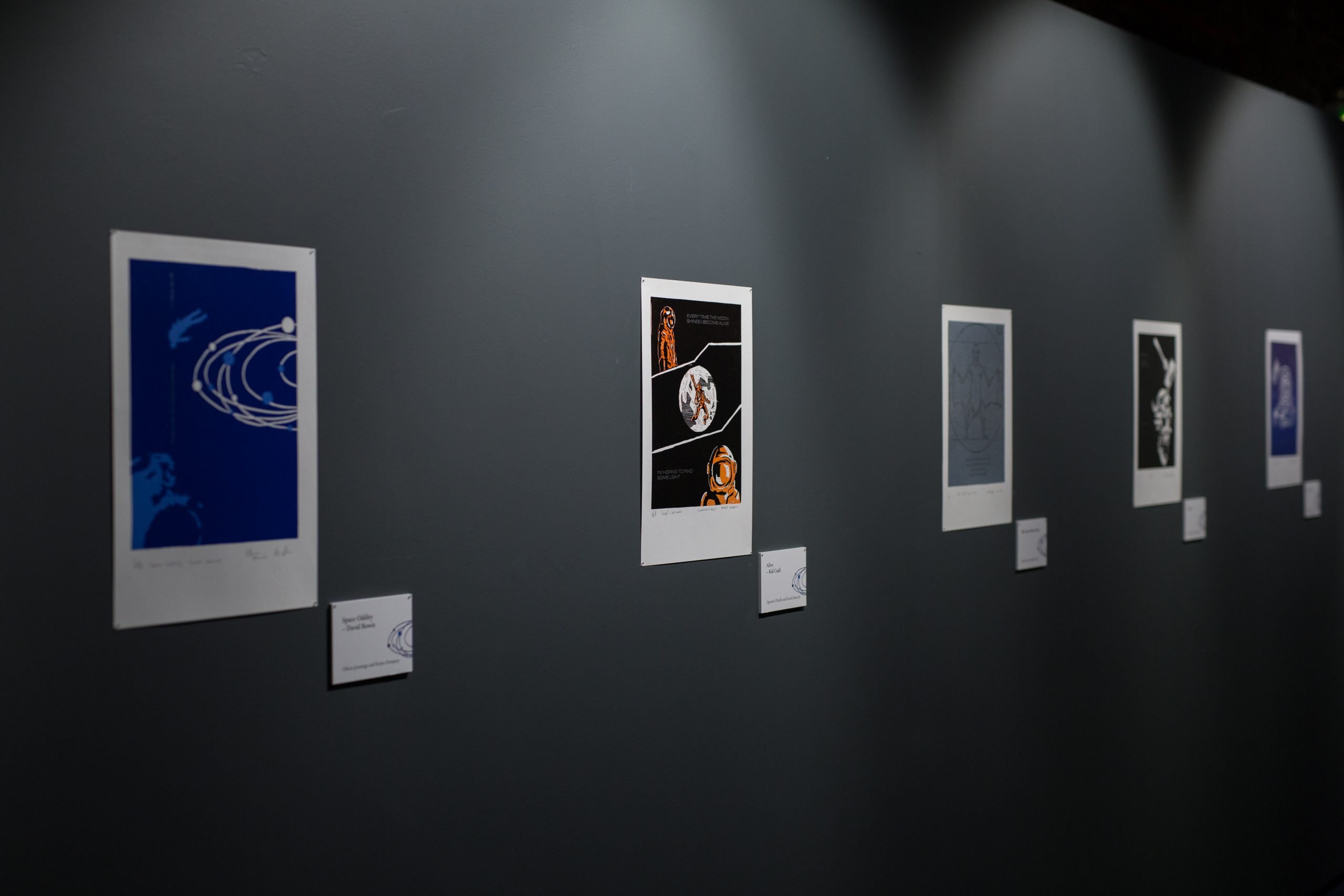 The National Print Museum is delighted to announce an exhibition of work by Year 2 BA Illustration students of the National College of Art and Design.

The students worked with illustration Programme Leader Brendon Deacy and Jamie Murphy at Distillers Press to explore the fiftieth anniversary of man landing on the moon through the medium of letterpress. The students created a limited-editioned folio of prints on the theme of ‘the moon’. From Syrian scrolls written in the Second Century AD through to poetry composed by contemporaries, ‘the moon’ has been an inspiration throughout cultural history. The students are responding to selected prose with a dynamic ‘interplay’ of typography and illustration.

The exhibition opened on 21 March. Admission is free of charge.