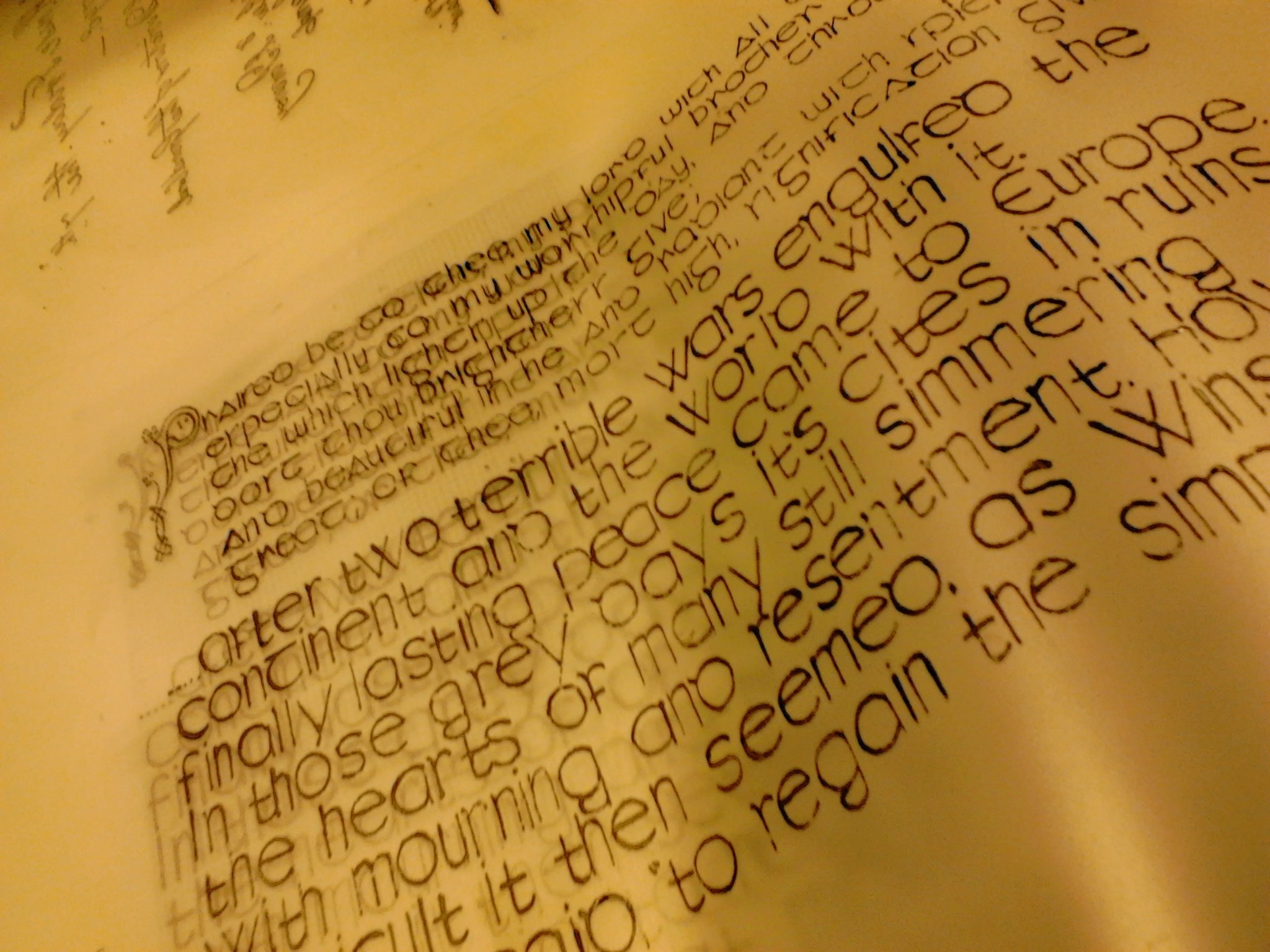 Posted at 14:25h in Temporary Exhibition Archive by Web Admin

Shaping Identities Together is a major celebration of the creation of Irish identity in Europe.

The idea for this exhibition originally came from the gardens of the Irish College in Leuven, now home to the Leuven Institute for Ireland in Europe, where roughly carved letters from the seventeenth-century printing press were discovered under the earth. Five artists were invited to celebrate the history of the Institute, and to explore the importance of Leuven in the dissemination of ideas through words. The artists selected, Colin Martin, Eoin Mac Lochlainn, Hughie O’Donoghue, Geraldine O’Reilly and Robert Russell, have all engaged with the idea of the past in their artistic practice. The works which they have created for this exhibition, in print, paint and video, reflect the individual histories of those who lived at the college, as well as the histories and journeys of their books, and the impact which they have had on countless people throughout the centuries.

Books and manuscripts were central to the lives of the Irish Franciscans, who established colleges across Europe during the seventeenth and eighteenth centuries. They compiled the great history of Ireland – the famed Annals of the Four Masters – from the many manuscripts they collected, and in their European libraries, they collected books on topics as diverse as astrology and the history of China. The typeface for printing in Irish was also first developed by the friars of St. Anthony’s College in Leuven. Based on the script of medieval Irish scribes, it is instantly recognizable and completely unique. The book collections of the Franciscans were scattered across the Continent during periods of political and religious upheaval. Some were lost, while others were stored in St. Isidore’s College in Rome, until they were moved to Ireland. In 2000, a collection of rare books and manuscripts was transferred to University College Dublin in a unique partnership between the University and the Irish Franciscans, one of the most significant donations ever made to an Irish university.

Shaping Identities Together opened at the Institute for Ireland in Europe, Leuven in May 2013 and now moves to the National Print Museum, Dublin. It is a result of the collaboration between the Leuven Institute for Ireland in Europe, the Franciscan Order, the Mícheál Ó Cléirigh Institute at UCD and the National Print Museum. It is supported by the Franciscan Order and Culture Ireland, and forms part of celebrations to mark Ireland’s Presidency of the Council of the European Union.

The exhibition catalogue is available for purchase from the Museum Shop.